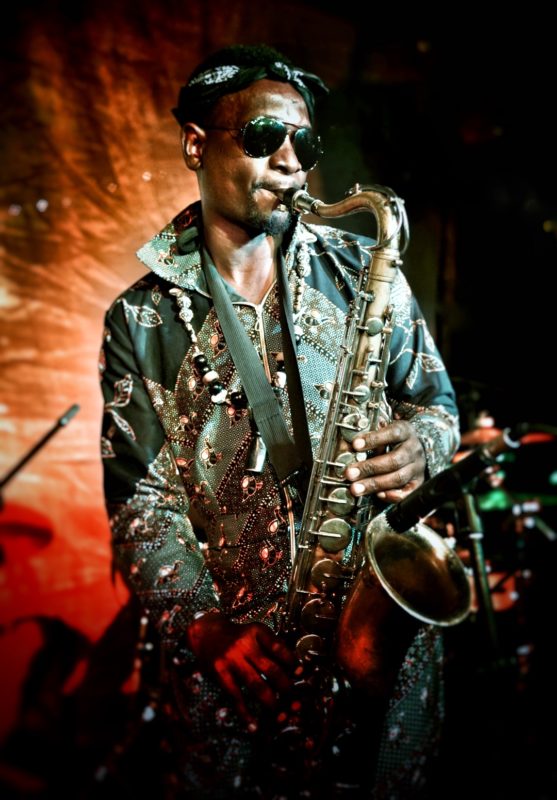 A musical Family
Juma Abdalla Atibu alias Juma Tutu was born to a musical family in the coastal town of Mombasa. He took deep interest in learning musical instruments since 1998 as a form four student at Tudor Day High School. His main interest was the saxophone but he was also well conversant with drums.
On completion of his O Levels, his late father (a renowned guitarist) requested his friends for an opportunity for Juma to join their band and nurture his musical skills.

He joined the Generations Band which was one of the most prominent bands in Mombasa in those days. Muhammad Amin was his main mentor and shared lots of knowledge and material with Juma. In 2000 Juma joined Bango Sounds since he was highly inspired by Mzee Ngala, a legendary saxophonist from the coast of Kenya who pioneered the Bango genre of music.

Juma joined Wazalendo Band in September 2000 where he played for the first time as the main saxophonist. In early 2001 he got the opportunity to join the Them Mushrooms Band. The Them Mushrooms were at that time the biggest Band in East Africa, credited for global hits like Jambo Bwana. Juma played with the famous Them Mushrooms Band for two years during which he got the chance to share a stage with international acts like Cool And The Gang.

Juma received in 2003 sponsorship from one of his saxophone students, business man Albert Attias to purchase his own band equipment to start The Tutu Band.
The Tutu Band was popular for performing cover songs and would get gigs mostly in hotels, weddings and on corporate functions.
The performed for clients like the Barclays Bank, United Nations and Unilever among many more.
In 2004 the Tutu Band travelled to South Africa to back the Late Mighty King Kong. From 2004 to 2006 the Tutu Band was the resident band at the Village Market Mall and Serena Hotel in Nairobi.

Juma Tutu was nominated in 2005 by the Alliance Francaise de Nairobi for the Spotlight on Kenyan Music Project. He recorded and released the song Sukari which became a Kenyan anthem that cemented Juma Tutu’s name in the Kenyan Music Industry. It brought his unique sound to the limelight and earned him high profile performances.

After the experience from Niko Na Safaricom, Juma chose to rebrand the Tutu Band to The Swahili Jazz Band. Swahili Jazz defines Juma Tutu’s Music and is an originally Kenyan sound falling in the Jazz genre of music. It is a smooth blend of Mijikenda (a tribe living on the coast of Kenya) sounds fused with Asian, Western and Arabic Influences. This type of music is highly enriched with unique mind blowing sounds and witty poetic Swahili lyrics. 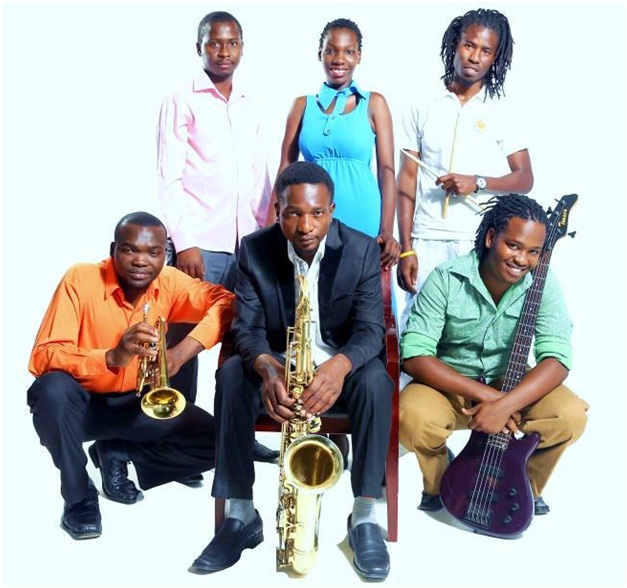 PROJECTS
Juma Tutu is a community leader and is passionately involved in mentoring young artists, running music programs on various platforms.
He has been determined to share the knowledge he has acquired over the years as an artist and has been a mentor to his band members at The Swahili Jazz Band.
He also has nurtured many succesful top notch Kenyan artists.

As a Music Director at KCCL (Kenya Community Centre for Learning), an international school giving special kids an opportunity to learn differently, Juma Tutu has formed the first band in Kenya with special kids players.

Co-Director of Twende Music Master Class, an enlightenment initiative aimed at empowering needy talented individuals with proficiency skills in live Music.
Juma Tutu has come up with an alternative Music syllabus which he has been succesfully implementing to his music students through the years.

In February 2018 Juma Tutu was contracted for a month by the Italian Association of Jazz Musicians to host and mentor Italian Jazz artist Matteo De Leornado, who had won the Artist in Residence (AIR) competition in Europe as best guitarist.

USWAHILINI
In October 2014, Juma Tutu liasing with Swahili Hiphop icon Nafsi Huru co-produced an award winning Musical play dubbed Uswahilini, performed by The Swahili Jazz Band, Iemas Dancers, Nafsi Huru and The Maskaredas Comedians.
Uswahilini is an intriguing Musical Play telling the story of the Swahili People from their origin to the daily battles and triumph of their lives. The play highlights on different aspects of the Swahili Culture and Lifestyle through music, poetry, comedy and dance as the main instruments of communication.
Uswahilini Musical Play won the Award for best Musical Play at the Sanaa Theatre Awards 2014.